Varsity Sports Stay Steady; JV Pull Away From the Pack 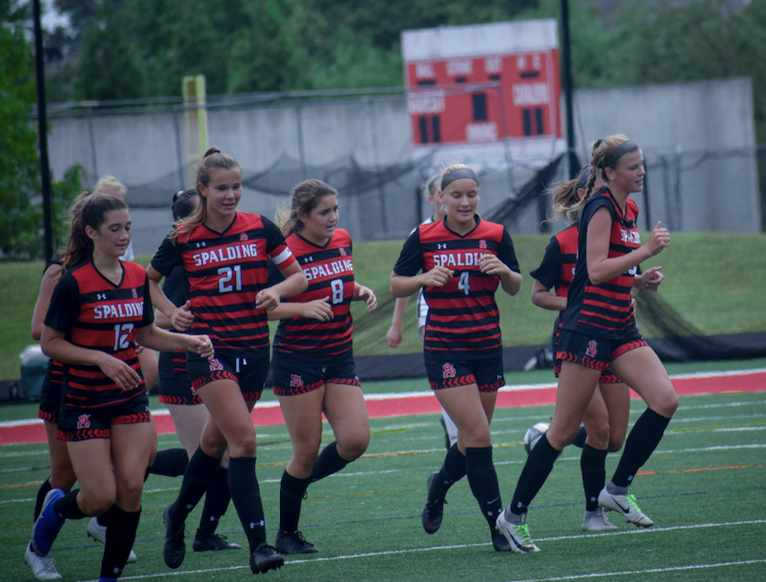 After an outstanding start to the year for Archbishop Spalding sports, nothing has changed in the first half of October. In fact, every sports team has only improved since the beginning of the second month of the year, especially the JV teams. In September, the JV squads only lost a combined 10 games out of 43 and as they sit now, they have only lost 22 games out of 84. Lets not forget about varsity though because they have shown consistency throughout the fall season. When we last visited the records in late September, the varsity sports teams were 9 games above .500, meaning they had 9 more wins than losses, and that is also the case as of now. So much has changed in just two weeks, so once again, let’s take a close look at what has transpired.

Football: Football has continued to improve as they have only lost two games since the start of October. Two of their losses have come against nationally ranked teams and against Life Christian Academy, the team only lost by one. The team currently sits at 5-3 after a tough loss to Calvert Hall; however, with games against McDonogh and MSJ ahead, Spalding football can still make it into the playoffs, hopefully spearheaded by a two-game winning streak.

Soccer: The varsity women’s soccer team has improved upon what was a perfect September as they have racked up 5 more wins since then. On top of that, USA TODAY ranked them as the number 1 team in D.C., Kentucky, Maryland, West Virginia, Virginia, and Tennessee. As for the men’s team, they are 3-8 in conference and a combined 4-10 on the year; however, they can still finish the year strong with conference games against Gilman and MSJ. The JV teams for both of these programs have continued to dominate showing that next year could be even better for the soccer teams.

Field Hockey: The Varsity and JV field hockey teams have gone undefeated since the new month began. Both teams are towards the top of the IAAM and have great chances of making a deep run into the playoffs. On top of that, the JV team just came out on top of the South River Tournament.

The rest of the fall sports teams have made major improvements in the month of October and all of them hope to finish the fall out on a strong note heading into the winter. One of those teams is the cross country squad that has had one of its best seasons in recent years as they hope to bring that momentum into the indoor track and field season. With just a little more than 2 weeks left in the fall season and playoffs around the corner, there is a lot to look forward to, including the start of winter sports, so get ready.