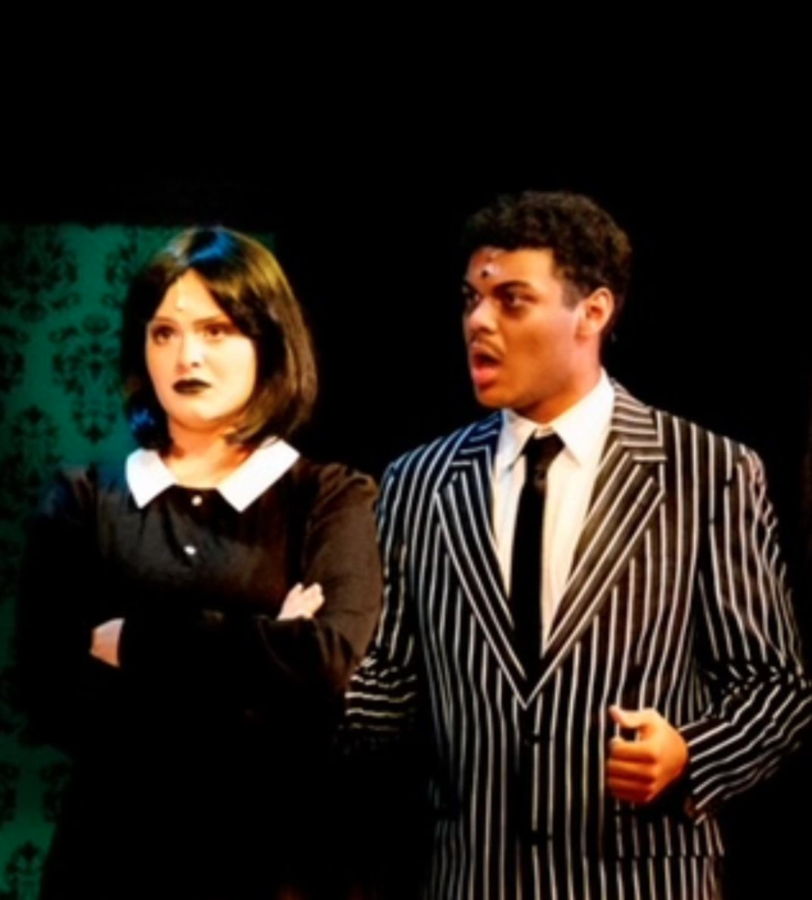 Through months of hard work and determination, the Spalding Theatre presented their first of 4 shows of the Addams Family. Choreographed by Daniel Jones ‘23 and Isabella Van Bergen ‘23, they made sure the play ran smoothly and was ready for opening night on March 11, 2022. The feedback on the play was remarkable with the audience being very lively and laughing at every joke. Even one of their TikTok’s, @spaldingtheatre, reached over a million views! But how did it have such an amazing turn-out? It all starts with tech week which goes on until the first show is presented where everyone has their own contribution to make. All members of the show stay after school until 10 P.M. going through the show with hair, makeup, and costumes being done. The Pit band which is the orchestra works months in advance to prepare beautiful music for the play. There are many different parts of the crew that make it so special. People were involved in lights, sound, makeup, hair, props, costumes, and stage. The House crew sets up everything for the audience like food, drinks, programs, etc. and they usher people come showtime. The stage crew is the people dressed in all black who stay on the wings of the stage and move set pieces and props. To wrap it up, everyone has a part in the play and it makes it a very special and amazing show!

A brief interview with Matthew Earl ‘24 who played Uncle Fester:

What were your experiences from the show?

“This show was really fun. The three months we rehearsed were probably one of the most memorable ones I’ve had in a while. I’ve made new friends, progressed as an actor, and created new memories with my castmates. Even though we had some hiccups, we still made it an amazing show. I am really happy I was a part of this and hope to do more!”