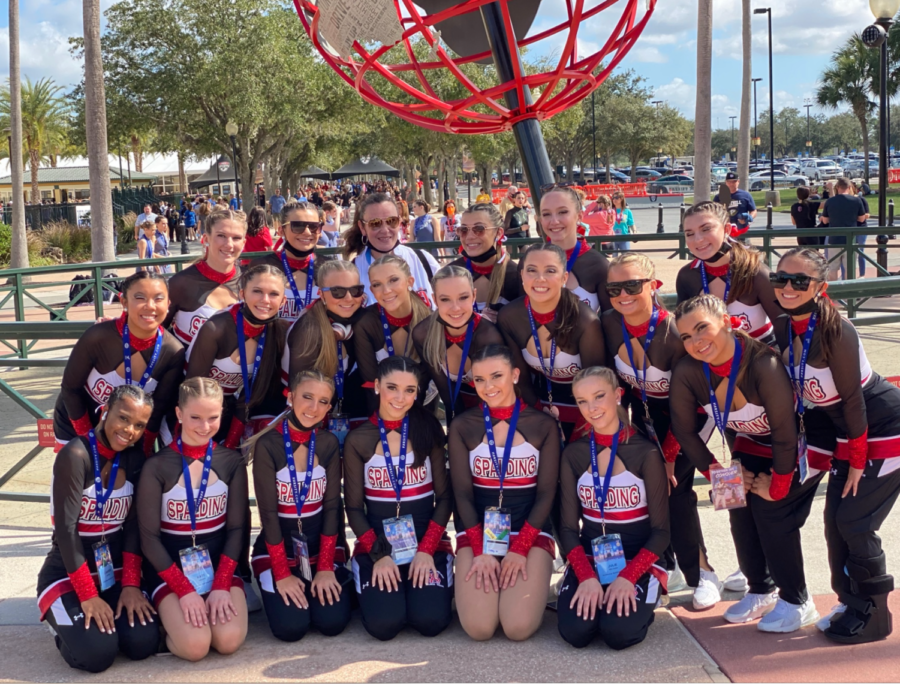 After two long years of COVID-19, Archbishop Spalding’s Varsity Dance Team was able to attend the Universal Dance Association National Competition (UDA) in Orlando, Florida. The competition was from February 3rd-7th and it took place at the ESPN Center. To be able to compete in UDA’s National Competition, the dance team had to qualify this summer at UDA Camp. To qualify, they had to compete one of their routines and each member on their team had to learn a dance and perform it. At the Camp, the Spalding Dance Team got first place in their routine and qualified for Nationals!

On March 27, the dance team concluded their season with a banquet. It was a great way to thank Coach Carrie and their seniors for an amazing season. Even though there were many obstacles out of their control this season, Coach Carrie worked hard to make sure the team had a memorable season.